AND WHAT DO YOU EXPECT FROM YOURSELF? 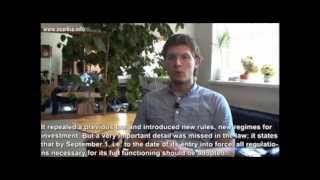 In the expectation of changes

This time we decided not to shoot the discussion, because it is only possible just with the presence of one person - the elected president of Abkhazia Raul Khajimba. After the elections, on August 24, he took a break. The political life in the country on a whole became calm. The only entertainment in the couloirs was discussing possible candidates for various public offices. The names of these people, we will find out after the inauguration on 25 September. Meanwhile, we did not want to miss the moment, and we once again reminded of what citizens expect from the new government. Never in Abkhazia have people so clearly spoke about expectations...

And now the political life of the country has come  to a relative quietness. It's high time to recall the expectations of citizens first. From the new president and his team.
We asked some members of the public to express  their own  vision of the first steps of the new government. Let's leave it to history.
Oleg Papaskiri: "It is important that all cases would be brought to the end ..."
Batal Kobakhia: "In the light of the recent elections, it is important to make changes to the electoral system ..."
Beslan Baratelia: "Old-known slogan:" Cadres decide everything " it is relevant today ... "
Gunda Jenia:" We need to see the people whom we trust ... "
Alkhas Tkhagushev: " If in the coming months  no   specific plan of carrying out  reforms into life, I will have doubts ... "
Nadezhda Venediktova " when asked, "and what should the new government do?" I want to redirect the question and ask people: "But do you  expect  anything on your own? ..." LET 'S LOOK!!!